Unfortunately, he decided to stop providing the service and eventually sold up and moved out of the area.

The pest control company he sold his business to were in South Oxfordshire, which meant HDW was now surplus to requirements. 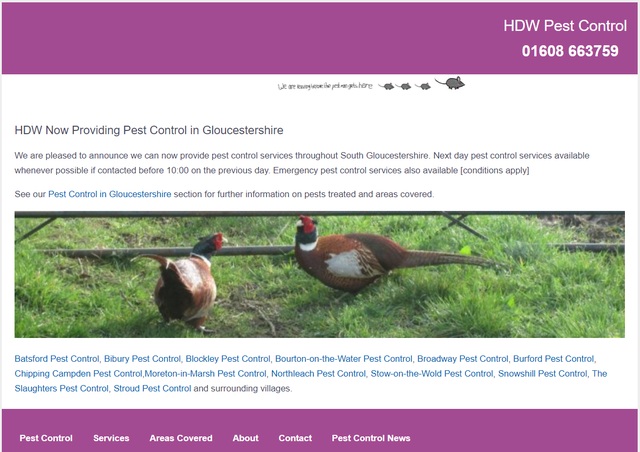 As it had some good Google rankings for pest control related keywords I just left it on the back burners, tweaking it every now and then until I eventually found another local Pest control specialists who I started passing on the enquiries to.

Although he was located in Gloucestershire he also covered a wide area of South Warwickshire, South Worcestershire and North Oxfordshire so I just tweaked the site a bit to take that in to consideration

As the pest season approaches I decided to tweak the site a little more and included a South Gloucestershire Pest Control section and also extra pages for the areas in Gloucestershire / Worcestershire where he provides pest control services.

The content is a bit weak, but if I get a bit more free time I will try to make it a bit more comprehensive.